Firstly,  my credentials. I went to Xaverian College, Victoria Park from 1960 to 1965 when I left with a total of two O levels (Eng Lang and Geography for those with a morbid curiosity).  My father had also trod the same path roughly between 1925 and 1931. He always told me he had left with his School Certificate but as he left to become an apprentice compositor (as did I) I can’t imagine he did a whole lot better than I did.

My father had an elder brother who was my namesake – Robert Cummings  – who made the leap from solid working class background to English teacher in a grammar school near Hull, thus demonstrating that social mobility did exist before the Second World War. Oh, and he fought in that against the Japanese in Burma. The only Xaverian story about him that I remember my father telling me was that he had been a prefect who had seen my father, his brother, jump up and pull at a tree branch on the way to school. He reported my father who was caned by the redoubtable Brother Martin as a result. There was still an element of resentment sixty years later. According to my father’s account, Brother Martin had a selection of canes, each with a different thickness and chose an appropriate one based on what criteria I know not. He must have been quite clever as he won the prize medal displayed below. The engraving reads: ‘Pro Scholae Fidelitate’ R.G Cummings. Translated by Google, this appears as: ‘For Schools Fidelity’. What does that mean? I have no idea. 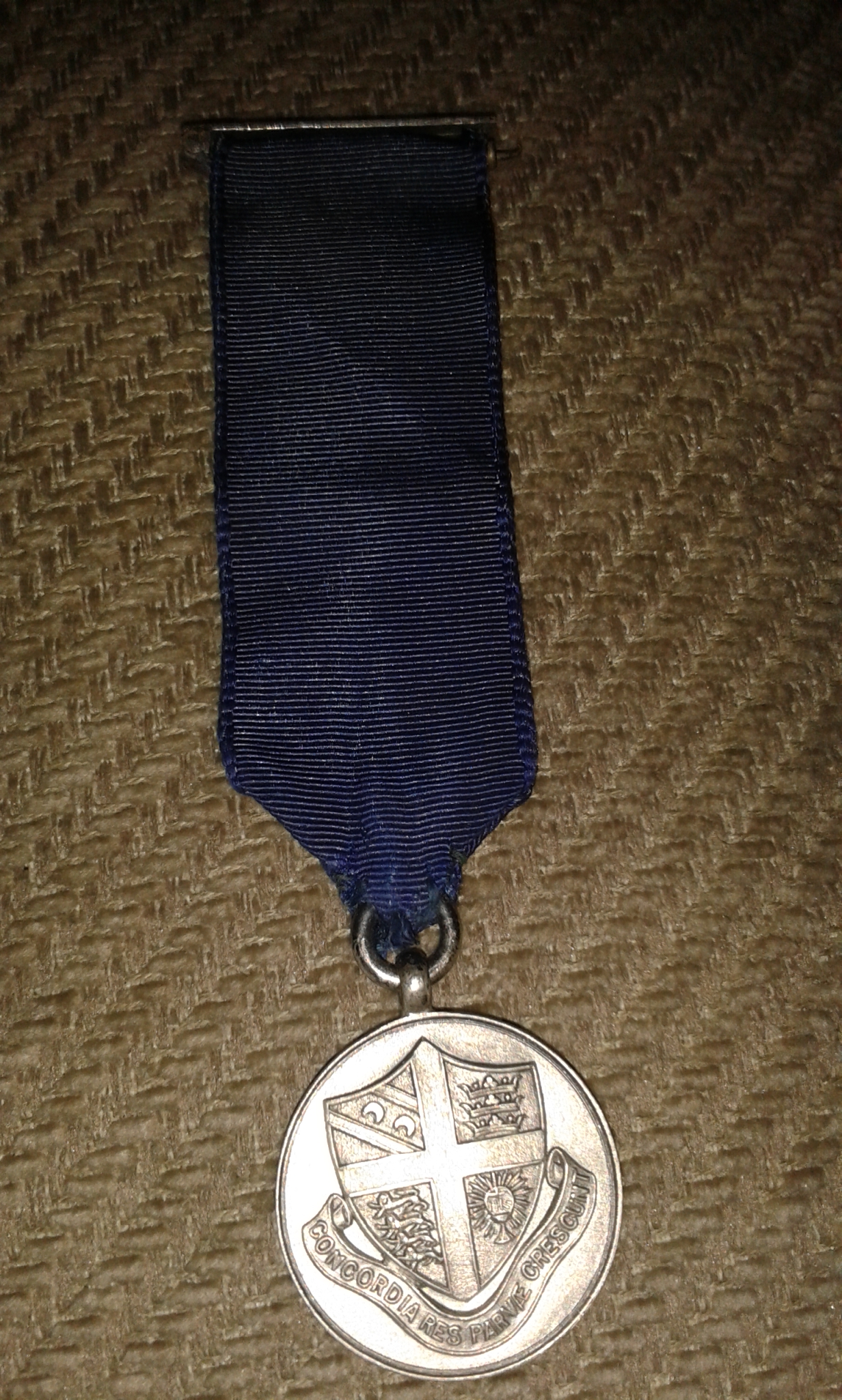 Unlike at least one of my present friends, I have some very fond memories of Xavs and St Annes, the Prep school. I have some fairly grim memories as well. However, now that Friends Reunited has disappeared, together with many interesting items concerning the college, I thought it might be an idea to give up some of my memories, warts and all, in the hope that someone out there might find them  mildly interesting.  Who knows, it might also become a forum  for sharing some good stories before they have vanished along with their now doddering recipients.  So mark the blog as one of your  favourites and in the words of Ripley’s Believe it or Not, be prepared to be amazed!