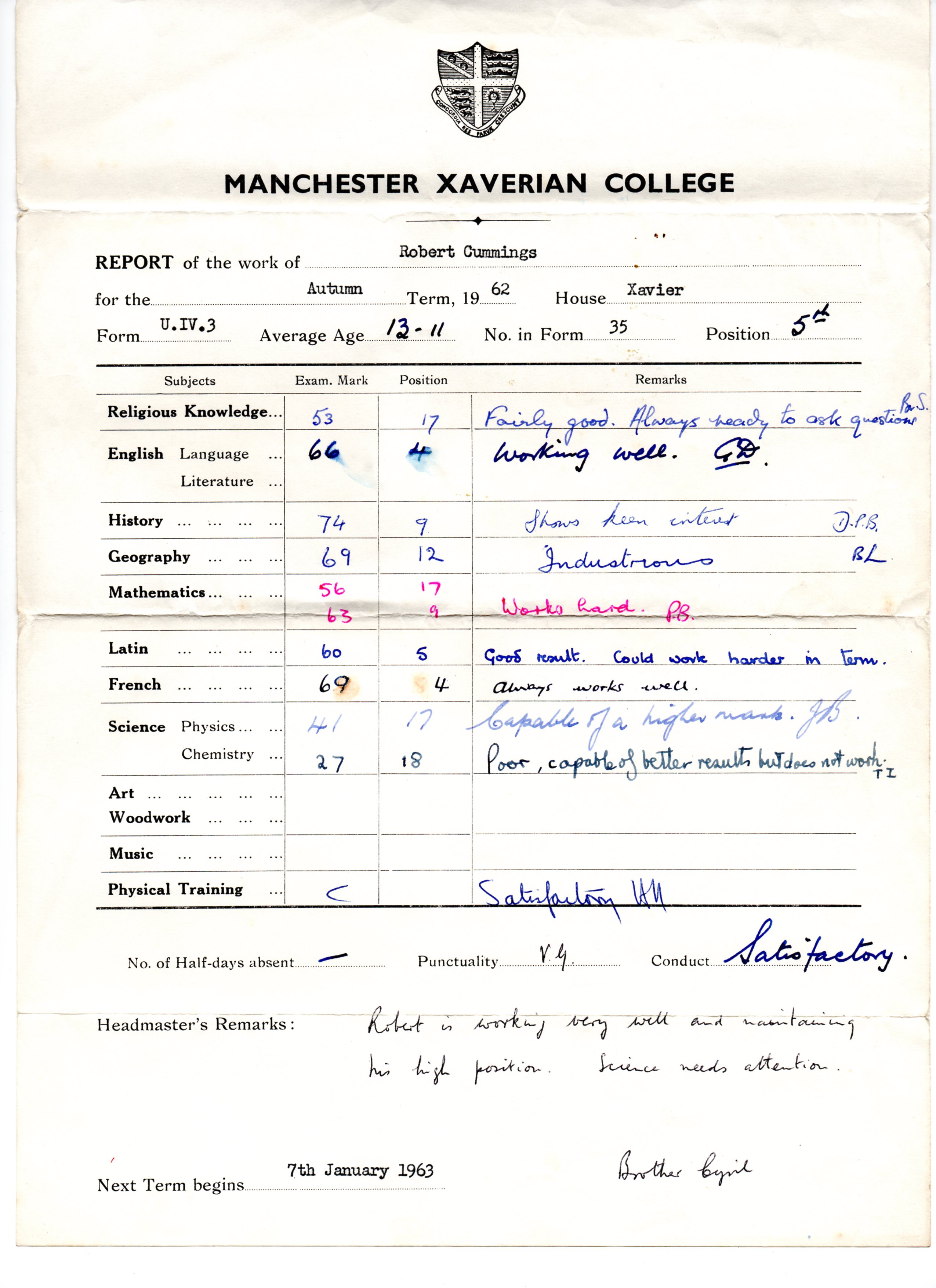 can be seen from this report in 1962, I was performing quite well being fifth in class out of thirty five. I was nearly fourteen and my academic progress seemed inevitable. Shortly afterwards, however, I discovered girls, blues music and ‘beat clubs’ in Manchester. Adolescence proved to be less than smooth for me and I soon entered an academic tail spin from which I was never to recover. On a positive note, I still like the blues.